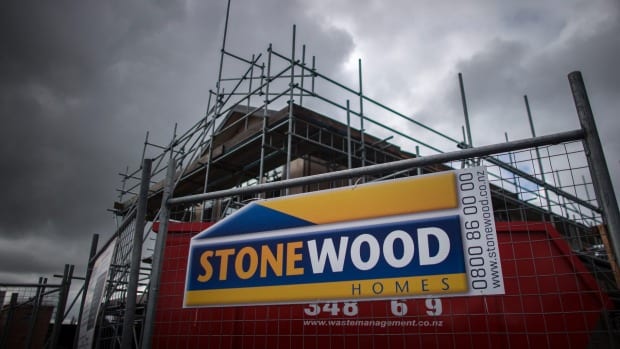 In the wake of the Stonewood Homes Christchurch collapse a specialist trade insurer is urging all building subcontractors to take out insurance to protect themselves from the cost of such an event.

Builtin New Zealand, a boutique insurance provider that specialises in cover for builders and tradespeople, introduced their Subcontractors Payment Guarantee in the wake of the collapse of Hartner Construction in 2001. In February 2013 Mainzeal Construction collapsed, leaving subcontractors out of pocket to the tune of around $70m. Last month and almost three years to the day since the collapse of Mainzeal, Stonewood Homes NZ, along with its Christchurch franchise, were placed into receivership, owing an estimated $15m to unsecured creditors, including hundreds of subcontracting firms.

Builtin’s Marketing Manager, Ben Rickard, says these large, high profile collapses are the tip of the iceberg and that dozens of firms go bust every year leaving their subcontractors unpaid for work done. Two other regional Stonewood franchises are currently in liquidation, along with at least a dozen other building companies nationwide.  “It may seem counterintuitive but there’s as much risk of a building company failing during the boom times as there is during a downturn, and Stonewood is a prime example.” Customers are given a very competitive fixed price, but if the project is delayed, as they can often be when tradespeople are in demand, costs continue to rise to the point that the builder isn’t making any money on that contract.  “This is just one example of the ways building firms can get into trouble, sometimes through no fault of their own. But irrespective of the cause, it’s their customers and subcontractors who end up suffering.”

A building company’s customers can be protected if they have taken out a guarantee, such as those provided by Master Builders in the case of Stonewood Homes. Builtin also operates a builders guarantee scheme for accredited building companies that is underwritten by NZX-listed CBL Insurance Limited.

Builtin’s Subcontractors Payment Guarantee reimburses 75% of a subcontractor’s unpaid invoices in the event that their main contractor becomes insolvent. Limits of $25,000 and $50,000 are available and cover can be applied for online via Builtin’s website. The policy is also underwritten by CBL, New Zealand’s largest credit surety and financial risk insurer. Whilst the policy doesn’t cover retentions, these will soon be given greater protection by changes to the Construction Contracts Act, and subcontractors can always opt to provide a bond in lieu of retentions.